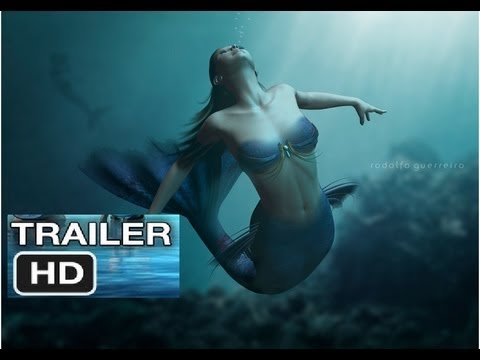 The Mermaid, a romantic comedy film based on science fiction fantasy from director Stephen Chow has become the biggest hit in China and has made all time box office record leaving behind previous records made by another Chinese movie ‘Monster Hunt’. Now watch here ‘The Mermaid’ Movie Full Trailer Video 2016.

Latest movies like ‘Star Wars: The Force Awakens’ has set many box office records all over the world, but if you look at the great success of Mermaid in China, it is indicative of striking fact that Chinese prefer homegrown movies to foreign movies.

Mermaid just got released on 8th February in China and has earned 2.45 billion Yuan by now. A story is based on an environment theme too. It is a story about a business tycoon who buys a Dolphin preserve with an ill intention. A beautiful mermaid is sent to seduce and assassinate the tycoon in order to protect the aquatic treasure by local people. But she fells for him. The storyline has lots of memorable visual and dialogue-based sequences. The role of the mermaid is played by Yun Lin and she played it fantastically.

Stephen Chow is a famous actor, screenwriter, film producer and director from Hong Kong and has made very popular and memorable movies such as Shaolin Soccer, Kung Fu Hustle, CJ7 and many more. Mermaid is made by Beijing Enlight Pictures and China Film Group. The film broke a number of records upon release such as biggest opening day record, biggest single-day gross and the biggest opening week in China.

The movie has been released in some select theaters in UK and US since 19th February. Mermaid is a fantastically appealing and also a film with the message. It is a must watch movie!