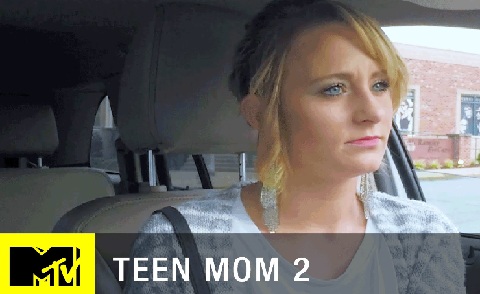 Leah Messer, a star of Teen Mom 2 series on MTV has slammed the channel. She alleges that MTV has manipulated her life story to attract more viewers. She wants to continue it but doesn’t want to get it twisted.

Leah Messer wanted to air her life story as she wanted to help anyone who is going through some similar phase of life as she has been through. If she could reach out, at least, one person who is feeling pain, hurt, depression or anxiety like she felt, it would be worth to her.

Her latest season 7 is being aired on MTV Monday. In the last episode telecasted on March 21, in one scene it was shown that she rushed her twin daughters school with her ex-husband and didn’t make her kids breakfast or snack. In another scene, it is shown that she let her younger daughter munch sugar from a packet when she was hungry at a restaurant.

She is being criticized on social media by her fans a lot for such scenes and she tweeted by replying that it is far from the truth, MTV edited her story to get more viewers and she feels so sad for such editing.

Messer is a single mother of three. Last year she was suffering from depression and stress and admitted to a treatment center for 30 days. Her efforts and struggle to come out of it were documented on season 6 of Teen Mom 2.

See also  The A4 Waist Challenge: Chinese Girls Measuring Their Waists to A Piece Of Paper