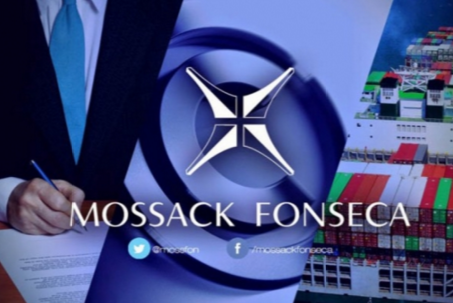 Inside the offshore Factory of Mossack: Panama Money Laundering Report

The leaked Panama Papers from Mossack Fonseca & Co shows it helps is clients money laundering and tax evasion on a massive scale. The documents show links to many heads of States, leaders, celebrities and many affluent people across the world.

Mossack Fonseca & Co is a Panama-based secretive law firm and service provider. It is one of the world’s five biggest wholesalers of offshore secrecy and has more than 40 offices across the world including China, Switzerland, United States and much more.

On April 3, confidential documents dubbed as Panama papers leaked to journalists that lead lots of money laundering revelations. The company has got attention from media and all the people from the world with the leak of documents. It is facing allegations that it helps foreign citizens circumvent their local tax laws and has also been accused of working with many associates of Middle Eastern and African rulers. Prior to these revelations, the law firm was also caught into controversies.

Mossack Fonseca & co. was established in 1977, when Ramón Fonseca merged his small, one-secretary law firm in Panama with another local firm headed by Jürgen Mossack, a Panamanian of German origin. Mossack and Fonseca both have international pedigrees and backgrounds in the worlds of money, power and secrets and they both move in the highest circles of Panamanian society. Mossack Fonseca specialises in setting up hard-to-trace offshore companies for clients around the world.

Mossack Fonseca was founded at a difficult time in Panama’s history as the country was facing political and economic instability under military dictator Manuel Noriega who also was accused of money laundering and drug running. They have their own tax rules. They have very low tax rates and do have tax loopholes. The offshore companies set up by such firms are “getaway vehicles” for laundering money. It also allows a large amount of money transaction without revealing identity to the public. This makes a way for money laundering and wrong-doings such as finance terrorism, take a bribe, or pilfer your nation’s treasury.

In 1987, when Panama was in shadow, Mossack Fonseca made a big leap by establishing a branch in the British Virgin Islands, which had the law that made it easy to set up offshore companies that didn’t need public disclosure of owners and directors.

In 1994, the firm then signed a 20-year deal with Niue, a tiny South Pacific nation with hardly a population of 2000 and acquired exclusive rights to register offshore companies there. Niue offered registration in Chinese or Cyrillic characters that attracted many Chinese and Russian customers. Mossack Fonseca was doing from its companies in Niue that it was paying about $US1.6 million to the Niue government which had a projected $US2 million annual budget. The firm’s relations with the Niue government started attracting scrutiny.

The US state department also asked questions and warned that Niue’s offshore industries were linked to money laundering and criminal proceeds. In 2003, Niue declined some exclusive rights to the company. It didn’t let the firm down; the company shifted its operations to the nearby nation of Samoa. At other times also, whenever the firm encountered such difficulties, it managed by shifting its operations.

Mossack Fonseca has also expanded its operations that include registering private aircraft and yachts as well as discretionary portfolio management that helps the handling of financing of clients.

According to some revelations from the leaked documents, the firm’s in-house asset manager operations called Mossfon Asset Management S.A. has handled more than 4,700 transactions and at least $1.2 billion in client money between mid-2007 and mid-2015.

Mossack Fonseca has denied the allegations saying that it is completely unsupported and false that it provides structures designed to hide the identity of owners.