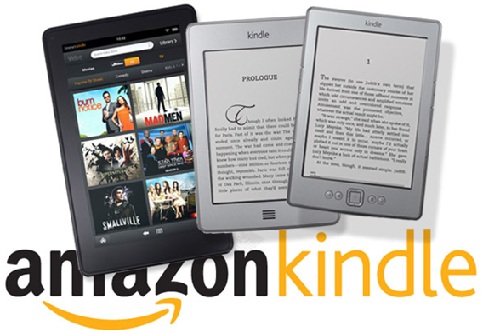 Amazon Kindle lovers have reasons to cheer as it is to release a new kindle e-reader featuring rechargeable protective case next year. According to Amazon CEO Jeff Bezos, Amazon will be releasing an eighth-generation new flagship Kindle “all-new, top of the line Kindle”. So, buy Amazon’s e-reader with the best price and specs.

According to the Wall Street Journal report, the new case will render it thinner. This will be the eighth generation kindle followed by 7th generation Kindle Voyage. It is also to have extended battery life.

At what price the new kindle will be made available is yet to be declared. Whether the rechargeable and protective case will come bundled with the Kindle or will be made available separately is also not known yet. Amazon has started heavy discount on its current line of Kindles – $50 for regular kindle, $90 for Paperwhite and $150 for Voyage.

Amazon CEO announced the new release through Twitter. It seems Amazon might not hold an event to launch it exclusively, but may reach out to the consumer directly.

There is news that Amazon is developing a solar-charged Kindle too. It might not be released soon.

Amazon Kindle e-reader is the most popular e-readers and innumerable users across the world enjoy e-reading with it. It offers a great reading experience.