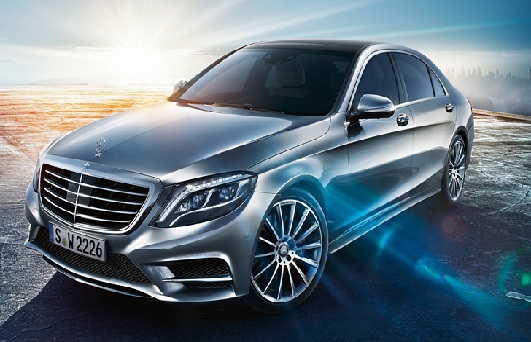 Mercedes luxury car lovers in India have reasons to be happy as Mercedes-Benz India has launched Mercedes S400 today. S400 is priced at 1.31 crore. You may look their luxury in below given photos.

The German based car manufacturer has promised 12 car models in the year 2016 – one car each month. Mercedes has already launched five cars in the first three months of this year. S400 is followed by the launch of Maybach S600 Guard earlier this month. The company had launched 15 cars in the year 2015.

Mercedes-Benz is already selling its S500 in India; the variant S400 is smaller and available at the more affordable price. It features a smaller engine and has a 3.0-litre V6 petrol mill that produces 333 hp and 480 nm of torque. S400 will compete with the other two German super luxury cars from sedans, the BMW 7-series and the Audi A8L.

Mercedes S400 is completely manufactured in India at the company’s plant located at Chakan in Pune with a vision of ‘Make in India’.

The S400 car has luxury and space for the passengers at the back. Interior of the car is similar to its other variants. Its cabin is draped in Napa leather. The car is equipped with Mercedes’ COMAND infotainment system.

With a view to keeping customer interest and curiosity intact in the brand, the Company believes in introducing new products in the market at regular interval.