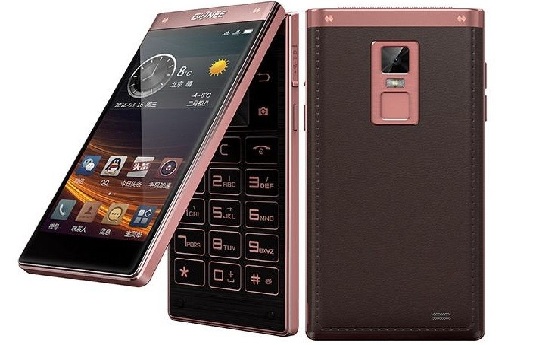 Gionee unveiled its new premium phone called W909 at the product launching ceremony in Beijing on Tuesday. The company claims it to be the ‘world’s best performance’ clamshell smartphone available in the market. It is a flip phone made available at very reasonable price with latest specifications, so all fans are waiting for release date.

The new handset is priced at 3,999 Yuan (About Rs 41,000). This new phone will compete with Samsung W2016. The phone is exclusive to China for now and its sell is already up with pre-orders. Gionee has not announced anything about when it would sell outside China.

W909 has two displays, one inside and one outside featuring two identical 4.2-inch touch screen LCD display with 720 pixel by1280 pixel. It houses a T9 alphanumeric physical keypad inside and a fingerprint sensor on its back. It features the fingerprint scanner and is equipped with USB Type-C port for charging and data syncing purposes.

The smartphone is powered by octa-core MediaTek MT6755M processor and comes with 4GB RAM and 64 GB expandable storage. It runs on Android 5.1 Lollipop operating system with Amigo 3.1 UI on top of it.

Gionee W909 is equipped with the 16-megapixel camera module and an LED flashlight on its rear panel and a 5-megapixel selfie camera on its front. It measures 124.6 x 62.5 x 16.4mm in dimension and weighs around 210 grams. The handset is packed with a 2530mAh battery that offers 30 hours of talk time and up to 408 hours of standby time. The device supports 4G LTE, Wi-Fi, Bluetooth 4.0 and GPS.

Flip phones are in trend now, and premium phone Gionee W909 has added smart functionality to it.