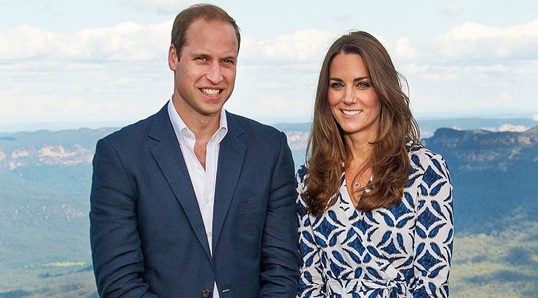 Prince William and his wife Kate, the Duke and Duchess of Cambridge are to visit India along with Bhutan from April 10 – April 16. This is the first time they are visiting India and considering their tour as the most ambitious tour to date. They are to travel many places in India.

First, the Royal couple will go to the Taj Palace hotel, Mumbai, lay a wreath and show solidarity with terror victims where the 26/11 terrorist attack took place in the year 2008. They will also meet the staff members over there that were there at that time and bravely tried to help protect guests at the hotel during the attack.

They will go to Gandhi Smriti in Delhi where Mahatma Gandhi, father of the nation spent last few years of his life and was assassinated in 1948. They will pay respect to him.

The couple appreciates wildlife conservation efforts and will travel to Kaziranga National Park situated in Assam. The park is a home to endangered swamp deer and one-horned Rhinos, which counts to 2/3rd of world’s population.

Prince and his wife are to attend a Bollywood charity event too.

Lastly on 16th April, they will go to see Taj Mahal at Agra. William’s mother, late Princess Diana had visited Agra twenty-four years back and was photographed there alone.

The image of Diana sitting on a bench during a solitary sight-seeing trip to the Taj Mahal had made front page news worldwide and was interpreted as symbolising break up of her marriage to Prince Charles.

William is very eager to see the beautiful monument and considers himself fortunate to visit a place where her mother’s memories are kept alive. He also wants to take some new memory with himself when he goes back from India.

During their visit to Bhutan, they have planned to go on a six-hour trek to Paro Taktsang, the Tiger’s Nest monastery which dates to 1692.