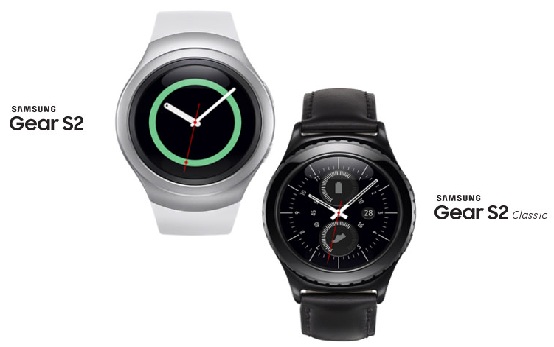 Samsung launched its premium Rose Gold and Platinum variants of the Gear S2 smart watches in India on Monday, 28th March. Rose Gold watch is plated in 18k gold and the platinum variant is plated with platinum. The Rose Gold model has an ivory white leather strap and platinum model with a black leather strap. You may check here Samsung smartwatch functions and specification.

Samsung has also launched the Gear S2 White, which is the standard silver model with a sporty white elastomer strap. Hence, the total number of Gear S2 variants in India is now five including the existing Gear S2 Classic Black and the Gear S2 Black.

The price for Gear S2 Rose Gold and Platinum is INR 34,900 and the Gear S2 White at INR 24,300. On the launch of Gear S2, Manu Sharma, Director of Mobile Business, Samsung India said that Gear S2 is sleek and smart wearables that will enable the users to augment and personalize their mobile experience and lifestyle.

Along with the new models, Samsung has also increased the choice of Dial faces and apps available to the Samsung Gear S2 and Samsung Gear S2 classic smartwatches. The new apps include the Uber for Gear app. This allows the user to locate, request and order a cab from the smartwatch. Another app is G’Night sleep tracking app which analyses user’s sleep cycle.

Other apps that are added in Gear S2 includes note taking app called My Notes in Gear and YouTube browsing app called Xenozu. Other apps in Samsung Gear S2 and S2 classic smartwatches includes Twitter, Instagram, Whatsapp and others.

Choice of Dial faces has also been increased. There are functional dial faces that can show weather, health goals, reminders, moon phases and notifications all on one screen and animated art of peanuts.

Samsung Gear S2 is sure to make consumers lives richer.