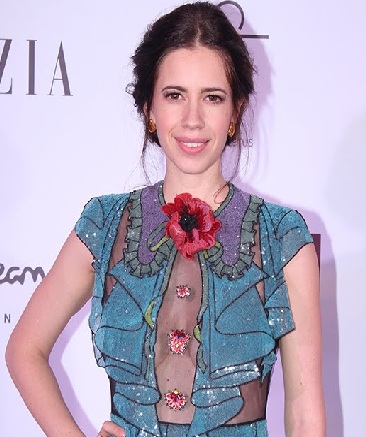 Kalki Koechlin attended the Grazia Young Fashion Awards in a 3D dress from Gucci. The sparkling dress looked great on her but flaunted her side boobs.

The young actress wore almost no jewellery except earrings so that all the attention went directly on her dress.

The dress which Kalki wore for the event, was showcased in Spring/Summer 2016 Milan fashion Week last September. The same dress also got featured on the cover of Grazia Magazine’s February issue this year.

Kalki is rumoured to be dating an actor, singer and director Farhan Akhtar. Kalki got separated from her husband Anurag Kashyap last year and recently Farhan too parted ways from his wife, Adhuna. Adhuna and Farhan were married for 15 years.