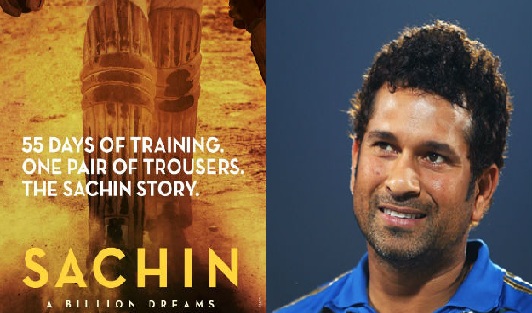 Sachin Tendulkar Biopic: All You Need to Know About The Film!

A biopic titled ‘Sachin: A Billion Dreams’ is being shot that covers cricket and personal life details about the cricket legend Sachin Tendulkar. The trailer of the film will be released on April 14. The film will hit the theatre by the end of this year.

The film is being produced by Mumbai-based production company 200 Not Out and being directed by London based award winning director, producer, and writer James Erskine. The production company holds rights to produce films from World’s Sports Group (WSG).

The work on biopic started last year and going on currently. The production company has contacted cricket boards world across to get video footage for the important cricket games played by Sachin Tendulkar. Many cricket personalities have been contacted to get feedback.

The film not only focuses on the phenomenal rise of Sachin but also covers many aspects of his life that have not been revealed before. It covers glorious years of the Indian icon with a vision that it can be a great inspiring film for many who wants to excel in their field. It is expected to be of time duration 90 to 120 minutes.

More interestingly, Sachin is playing himself in the film.

See also  All about ordinary gains on your taxes

The year 2016 is going to be a year for biopics on great Indian cricketers. We will see three biopics this year. The one slated to be released on May 13 is Azhar that revolves around the life of Mohammed Azharuddin. The second is ‘M S DHONI: The Untold Story’ in which Sushant Singh Rajput plays a role of M S Dhoni. It is expected to be released in September.

All the fans across the globe are eagerly waiting to watch the biopic.